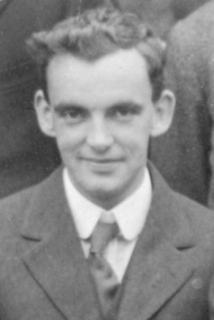 Erskine Douglas Williamson was born in Edinburgh in 1886, and graduated BSc in 1908 and MA in 1909 at the University of Edinburgh.

After a period on a Research Scholarship from the Carnegie Trust of Scotland, he was hired in 1914 by the Geophysical Laboratory of the Carnegie Institution in Washington DC, USA. In the brief nine years till his tragically early death in 1923, he earned an international reputation for outstanding and elegant experimental studies and theoretical calculations in high-pressure physics, physical chemistry, petrology, glass science and geodynamics. Shortly before his death, he published with L. H. Adams what is regarded as one of the most important contributions to geophysics in the first half of the 20th century. The famous Adams-Williamson equation derived in that paper laid the theoretical foundations for determining the interior structure of the Earth from seismic velocities, and remains widely known and used to this day:

To find out more about E. D. Williamson and his contribution to high-pressure science read the article 'Erskine Williamson, Extreme Conditions, and the Birth of Mineral Physics' by R. J. Hemley from Geophysical Laboratory, Carnegie Institution of Washington in Physics Today, April 2006. Copyright 2006, American Institute of Physics. This article may be downloaded for personal use only. Any other use requires prior permission of the author and the American Institute of Physics.